Welcome to our new website. Use the search function or browse the site to find whatever you are looking for. If you can't find the information you require then please contact clerk@roslistonparishcouncil.org.uk.

If you're a member of a local group and would like to be mentioned on this site, please contact the Clerk . 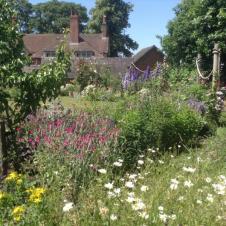 A 16-year old boy has been charged with murder, attempted murder and possession of an offensive weapon as part of an investigation into a serious assault in Swadlincote on Saturday night.

The boy, who cannot be named for legal reasons, will appear at Derby Magistrates Court this afternoon (Tuesday 15 June).

Two 17-year-old boys have also been arrested in connection with the incident and remain in police custody. More »

Officers were called to reports of an assault at an alleyway at the side of the Odeon cinema, in Coppice Side, just before 10.40pm on Saturday 12 June.

Benjamin Orton, 17, from Swadlincote, died at the scene of the incident. He had suffered stab wounds.

A 20-year-old man was also found with serious, and potentially life changing injuries. He was taken to hospital where he remains in a stable condition.

We would urge anyone with information who hasn't yet come forward to contact us, particularly anyone that was in the area and roads surrounding of The Pipeworks retail park around that time and may have CCTV or dashcam footage.

You can submit information directly to our investigation team here: https://mipp.police.uk/operation/33EM21A18-PO1

You can also anonymously contact the independent charity Crimestoppers, on 0800 555 111 or by visiting www.crimestoppers-uk.org.